Sometimes, you may not have the words to describe what you want your hair to look like to the person about to do your hair. In your head, you can see it very clearly, but you can’t quite articulate it.

Many times, you also cannot find an example of someone that has the ‘do you are after. No photos, no celebs,nothing to help you convey the picture you have in your head. In times like these, don’t be afraid to draw a picture or in the case of Kristina, throw out a random innanimate object to use as the inspiration for your cut. 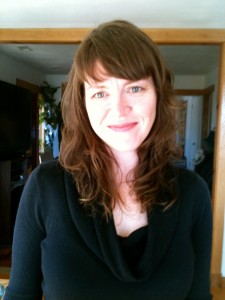 Kristina is a great friend of mine. She and I played in a band called The Rox together. She is classy, quirky, funky, and sexy all in one. Shes got great style, and a sense of humor to boot. When Kristina said “christmas tree” I finally got it. A year and a half worth of haircuts had totally missed the mark.

With every consultation, Kristina described the haircut she was after as having 3 distinct layers, to maximize the “flippyness” of it. In my head, I saw long, soft, pretty layers that cascaded and tapered down her back, and brought out her fine, wavy hair’s natural texture. 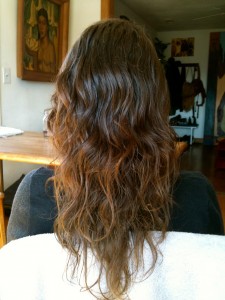 As I found out a few weekends ago after a couple drinks with her, in her head she saw more of a christmas tree.

It took us drinking whiskey and drawing pictures to realize that our heads were in totally different places. 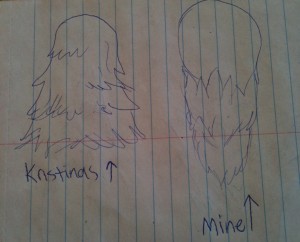 My first thought was ‘I shoulda known! Kristina is way to spunky for those long soft layers!’ When she said 3 distinct layers, she really meant it. In my head, I was trying to preserve her length. In her head, she was not concerned about the length! she wanted the flippy layers!! She bashfully used the Jen Aniston Friends cut as an example. Kinda dated, but if anyone can pull it off, it’s definately Kristina. What she was after was a mix of the Friends cut and a christmas tree.

So, she came over today and I made it right. I cut basically a shoulder length bob, in 3 chunky sections, bottom, middle, and top. Totally disconnected. A cut I had never done before. 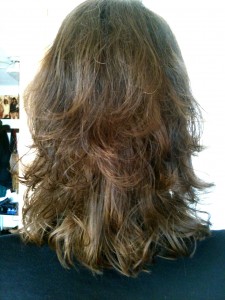 Which of course blew my 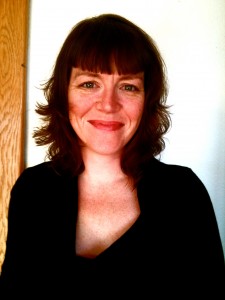 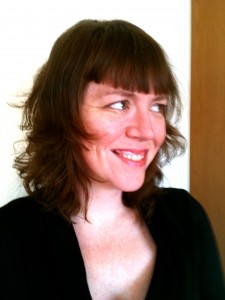 mind and reminded me that rules were made to be broken. Just when I start worrying that someday I will run out of ideas, throw me an inanimate object! Jeez. I love my job, and I love my friends, too. Thanks for that learning experience, KJ.

Moral of this story, when words don’t do the job, try pictures instead.

How to get massive texture in fine hair with Masterbraider

Hey babes. Meet Alix and her hair. She was one of my original ShamPHree testers...

Babes, this article is for you, and me, and all of us. Please read it... 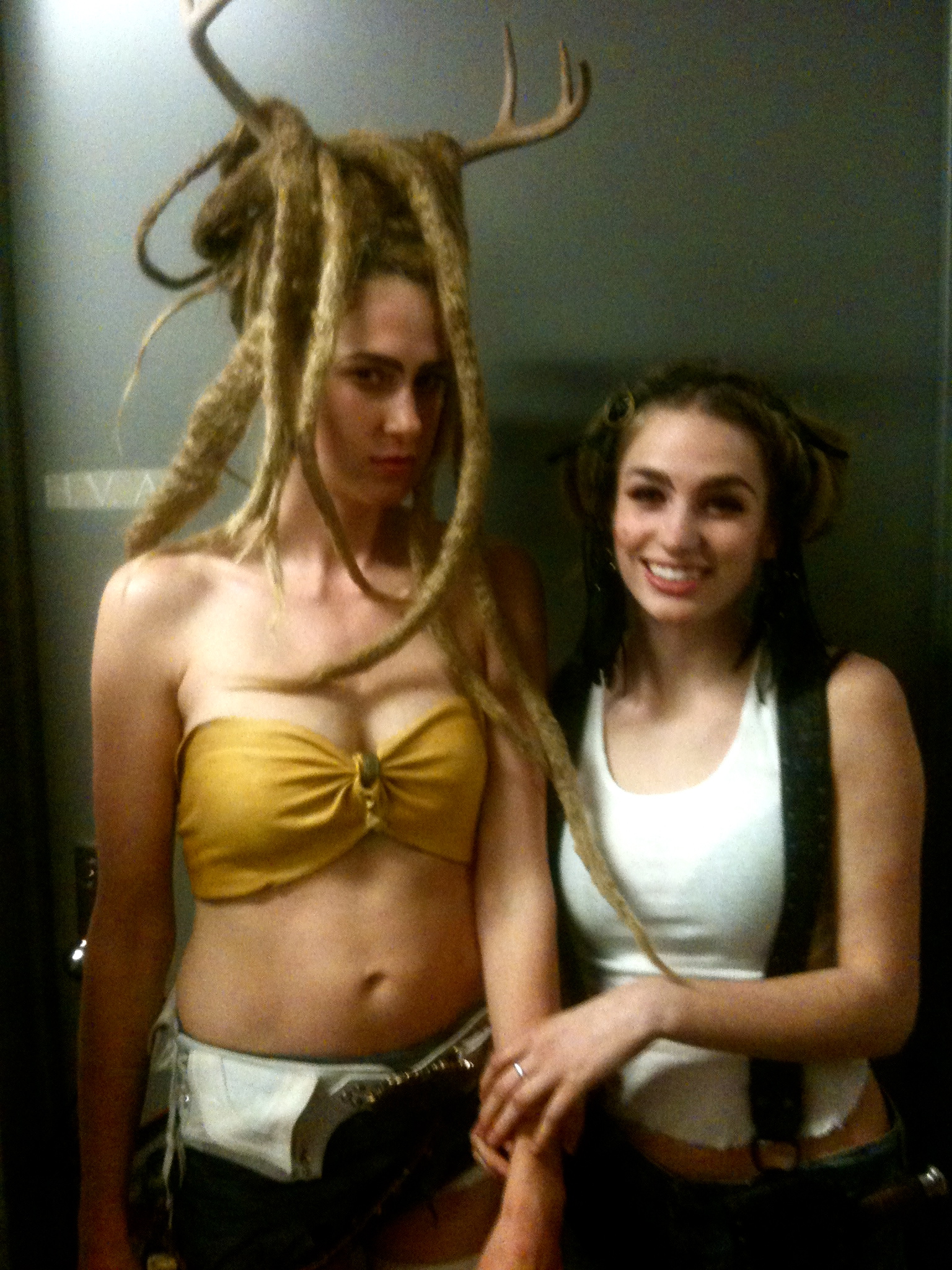 Here's what Mayapple Salon has been busy with lately! Special thanks to my business partner...