Hey babes! A few months back a woman friend of mine named Amy Woodruff, (founder of the Spiritweavers Gathering) and inspiring grammer @daughterofthesun, who is a true conscious earth-steward passed along to me the information of a friend of hers who was spearheading a hair color company that is truly free of harsh chemicals and pollutants. I had to know more!

After reading up on Hairprint and their mission and chemistry, It seemed totally necessary to share their work with you, my dear conscious readers. I am a real sucker for a great science story, for people finding alternatives, for earth and self conservation, and for true innovation……And the Hairprint story is all of the above.

For people who are not yet ready to embrace their silver hair, but don’t want to introduce harsh chemicals into their bodies and hairs, I highly recommend you check out Hairprint…….And get on board.

Hairprint is a revolutionary permanent hair coloring made of nine food-grade ingredients. It does not dye your hair. It restores your innate color to your hair. It doesn’t burn, has no smell, and restores the body and luster of hair.

Dr. John Warner, chief scientist at the Warner Babcock Institute for Green Chemistry stumbled upon the chemistry of Hairprint by accident, and decided to come up with a harmless hair-coloring product that mimicked how the human body made color.

After years of research and testing, Dr. Warner and his colleagues perfected a completely safe and non-toxic process to do what hair follicles do to create color: infuse hair with eumelanin. This was the beginning of Hairprint.

Hair is made of three layers: the cuticle, cortex, and medulla, The cuticle consists of tightly packed, overlapping, colorless cells, and the medulla is a hollow shaft inside the hair. The cortex contains varying amounts of two natural color pigments, eumelanin and pheomelanin, which determine a person’s hair color.

Eumelanin is a dark pigment, and is responsible for brown and black color. Pheomelanin or a combination of pheomelanin and eumelanin produces blonde and reddish hues. The cortex of dark or brown hair will contain densely packed granules of eumelanin pigment. An absence of pigment results in gray hair.

Dr. Warner began testing the Hairprint Chemistry on the hair. He obtained gray hair from a vendor and applied the chemistry to the hair. The hair immediately developed a color. The scientists were delighted when It appeared that rather than simply covering gray hair, it was matching the original hair color.

Then, John did what any good scientist would do: he tested it on himself. He had been completely gray since his graduate school days at Princeton. In 90 minutes it restores all of his hair to its original color.

Just like a fingerprint, your “hairprint” is unlike anyone else’s

person’s innate and true color: Each person’s hair has a unique microscopic structure. Within this structure, pigments self-assemble according to the individual’s unique hairprint, sorting themselves into spaces like cars in a parking lot placed between stripes.

This pattern of subtle orientations of pigments refracts light into varying wavelengths the eye perceives as color. Hair does not have a color, no more than a peacock has colored tail feathers. The phenomena of perceived color is an outcome of how light is refracted (or not refracted in the case of black.)

A great deal of research went into identifying molecules that would be absolutely non-toxic, molecules that are in most cases nutrients. When the formula is in it’s precise proportions, it effectively recreates the same colored molecules that are made in the hair follicle, essentially restoring not only the true color, but also the quality of one’s hair

This approach has never been done in the hair care industry. It is truly revolutionary.

Rather than stripping hair of its color, which hair dye formulas do, then bonding coal tar dyes to hair using couplers, oxidizers and harsh chemicals, Hairprint works by replacing the missing pigment naturally found in brown and black hair.

During the Hairprint treatment, eumelanin is synthesized within the hair cortex structure restoring it to its innate color. This process is called melanogenesis and is happening constantly in the body. This is accomplished by ingredients that penetrate the cuticle layer into the cortex where they bond together to formeumelanin pigments. These in turn polymerize and become too large to be washed out.

A little History on the Chemistry of Box Haircolor

Hair coloring is common worldwide among men and women and there are many products available. However, there are only two ways to do it. You can treat your hair for four to six hours with Henna and Indigo colorants. Or you can use a chemical (and its derivatives) that can transform gray hair to dark. That chemical is paraphenylenediamine (PPD) and its cousin PTD.

Eugene Schueller discovered the use of PPD as a coal tar dye in 1907 at The French Harmless Hair Dye Company, which became L’Oreal. The first company to use PPDs in the US was Clairol. A former chemist for Clairol and Unilever wrote, “It is most probably true that if these materials [PPD and its cousin PTD] were invented today, their use in cosmetics would not be permitted but they remain in use as no effective replacements have been found.”

Hair dye entrepreneurs are very aware that women do not want to put toxic allergens on their scalp, and what you see today online, in salons, and even in natural food stores, are products from smaller companies that describe their hair dye with words “organic,” “natural”, “safe”, “healthy”, “plant-based,” and they will say their products are free of ammonia, parabens, synthetic fragrances, sulfates, etc. What they don’t do is tell you is what is actually in the product, and if you read the fine print, it will be a PPD or PTD type coal tar dyes.

Hairprint is the first “permanent” product invented since 1907 that transforms gray to dark hair, and the first one that is absolutely safe, clean, and non-toxic. It does not work on blondes or redheads (John is working on that). People can use it that do not have gray hair because it restores their hair quality, body and luster.

What to Expect from Hairprint

John is the recipient of the 2014 Perkin Medal, widely acknowledged as the highest honor in American Industrial Chemistry.

He received his BS in Chemistry from UMASS Boston, and his PhD in Chemistry from Princeton University. After working at the Polaroid Corporation for nearly a decade, he then served as tenured full professor at UMass Boston and Lowell (Chemistry and Plastics Engineering).

In 2007 he founded the Warner Babcock Institute for Green Chemistry, (A research organization developing green chemistry technologies) where he serves as President and Chief Technology Officer, and Beyond Benign (a non-profit dedicated to sustainability and green chemistry education).

He has published over 200 patents, papers and books. Warner received The 2004 Presidential Award for Excellence in Science Mentoring, the American Institute of ChemistryNortheast Division’s Distinguished Chemist of the Year for 2002 and the Council of Science Society President’s 2008 Leadership award. Warner was named by ICIS as one of the most influential people impacting the global chemical industries. In 2011 he was elected a Fellow of the American Chemical Society and named one of “25 Visionaries Changing the World” by Utne Reader.

Hey babes. Do you like those smokey dusty shades of purple and pink hair that... 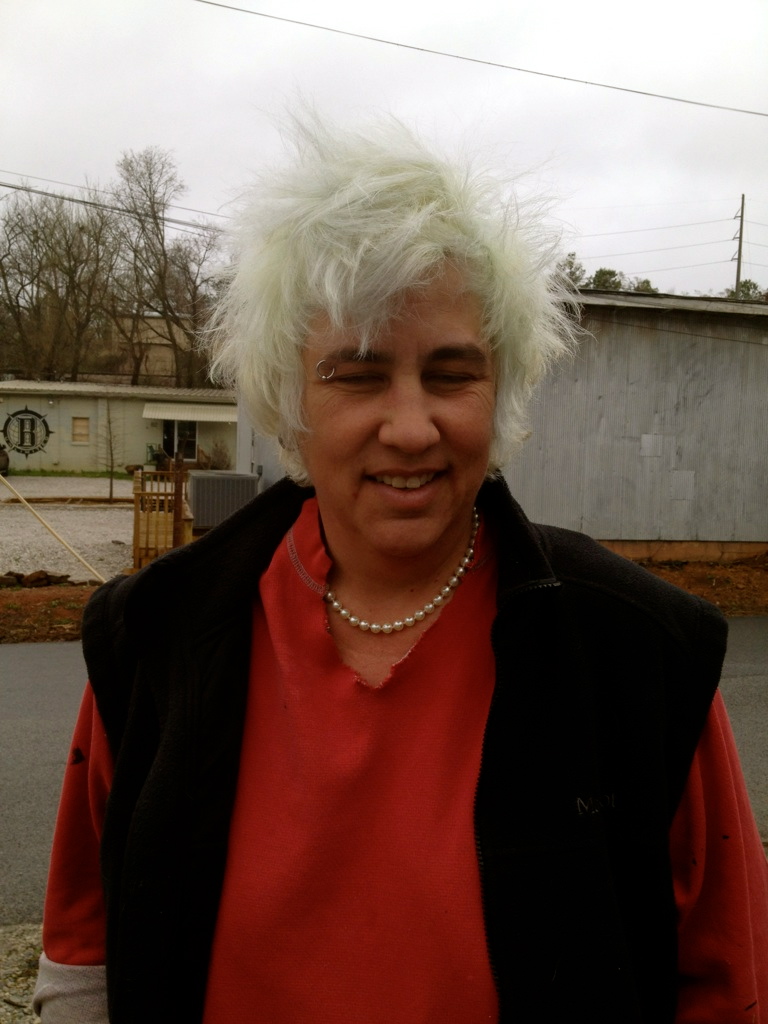 I am almost 20 years into my experience with bleaching hair, and I'm still fine...