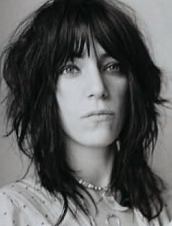 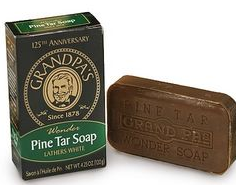 I have this client. She has a huge density of fine hair. It is silky soft and heavy and straight. When she first came in to me she brought a picture of a young Robert De Niro  for inspiration.

I tried to get to the bottom of what it was she wanted out of her hair, because the photo she brought looked to me just like an example of an Italian man’s thick wiry hair.

The next time she came in, she brought this picture of Patti Smith. Same thing- Thick and textury, and sticking out of her head in all directions.I gave her the mullet-y shag that she wanted, but no amount of texturizing could make her heavy hair stick out like she wanted.

We experimented with products, and found some that would give her the look, but not the staying power. I jokingly told her that what would really give her results would be to go work on a construction site for a day, and try and get as much drywall and cement dust in her hair as possible (My man is a home builder, so I have experience) and It will stand on end for days!

Around this time, I had taken a camping trip that left me covered in bug bites. I was up for days itching like a mad woman, and tried every cream and remedy to no avail. Buffalo gnat bites are the itchiest damn bites I have ever experienced. And the more you itch, the itchier they become. And they last for weeks! I could go on and on about how they ruined my life for a month but I will spare you.

Anyhow, a good friend of mine suggested I go to the local health food store for Grandpa’s pine tar soap.
I was desperate so I went for it. The first thing I noticed was the dark rich color and campfire smell of it. Intrigued, I jumped in the shower and washed my itchy skin with it.

When I got out of the shower, My skin had a strange sticky, tacky, dusty, tightness to it. It kinda felt like drywall dust all over me, and the Itching was relieved, and I smelled like i’d been camping. Weird.

Next time I saw my Patti Smith client, I suggested she might try to shampoo with pine tar soap. She is very up for anything, and was desperate to beat the soft and silkyness out of her hair and exchange it for rough and wild texture. ( The grass is always greener!)

When she came in 6 weeks later for her trim and massive texturizing/bulk removal, her hair was sticking out from her head like she had been electrocuted, and she smelled like a campfire. She had been using pine tar soap in her hair for several weeks, and was so very pleased with her new hair texture. Her hair felt like a completely different head of hair. I could push it and pull it and it would stay exactly as I manipulated it. It felt coarse and gritty and had an awesome matte finish. We had discovered a gold mine! Here’s a photo of her hair…. 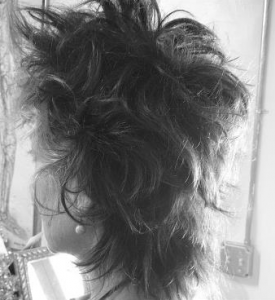 What a cool product! The only thing I can kind of compare it to is the thickening powders you see on the market today like Powder Puff by KM, but times 10! I would recommend trying this if your hair is…

I would not recommend it for…

Here are some facts about Pine Tar.

To use in hair, wet hair, work soap into a lather in hands, and apply lather to hair. Repeat until you have worked in enough to saturate all the hair on the head, then rinse. Condition optional. It is important to note that the more you use it, the better it works, as it slowly builds up to create the desired effect. Try it! 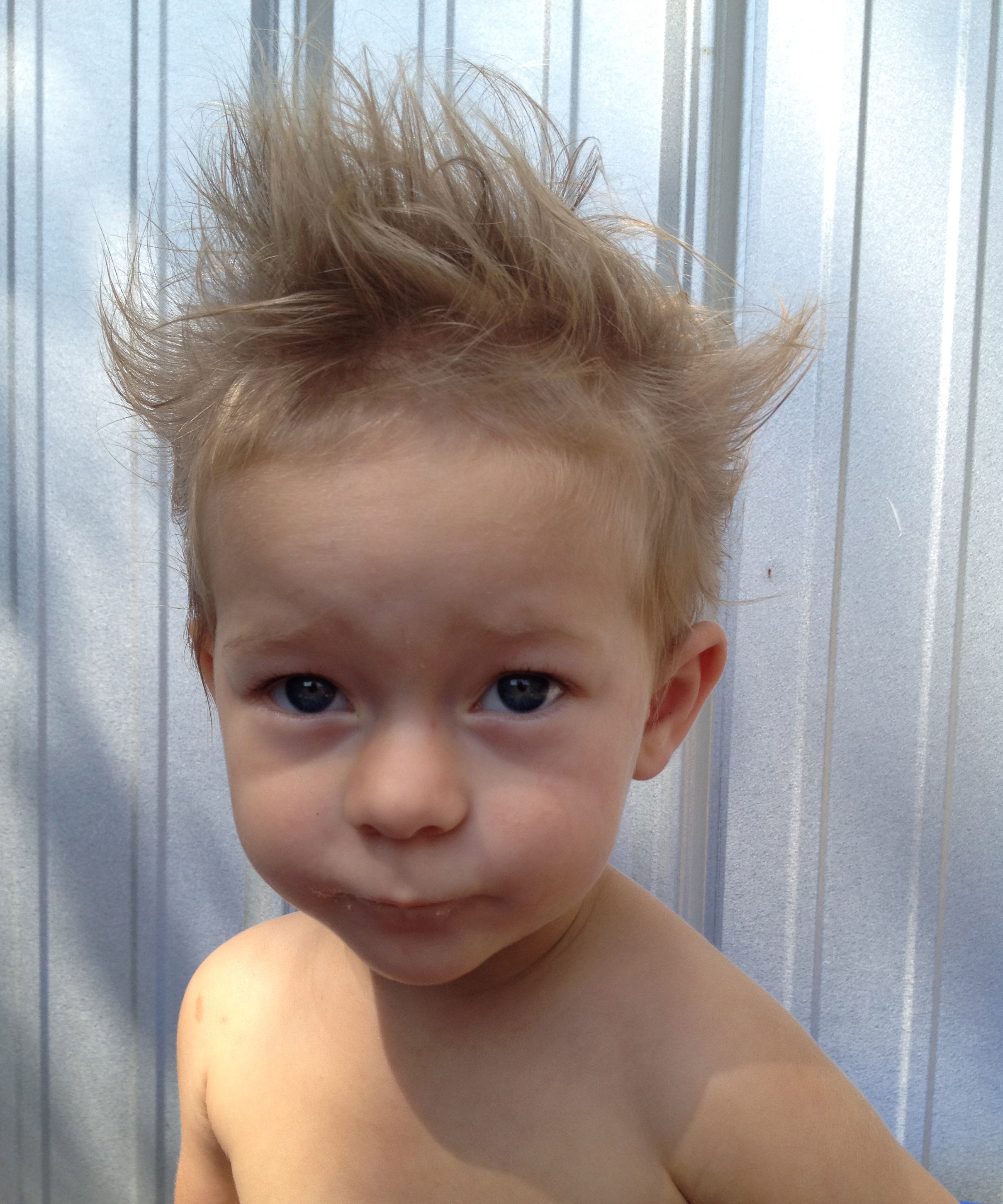 Gritty businessby KM is perfect for the baby finest of hair. It was...

Hey there guys. How are you all? I'm pretty good. I'm just sittin in my... 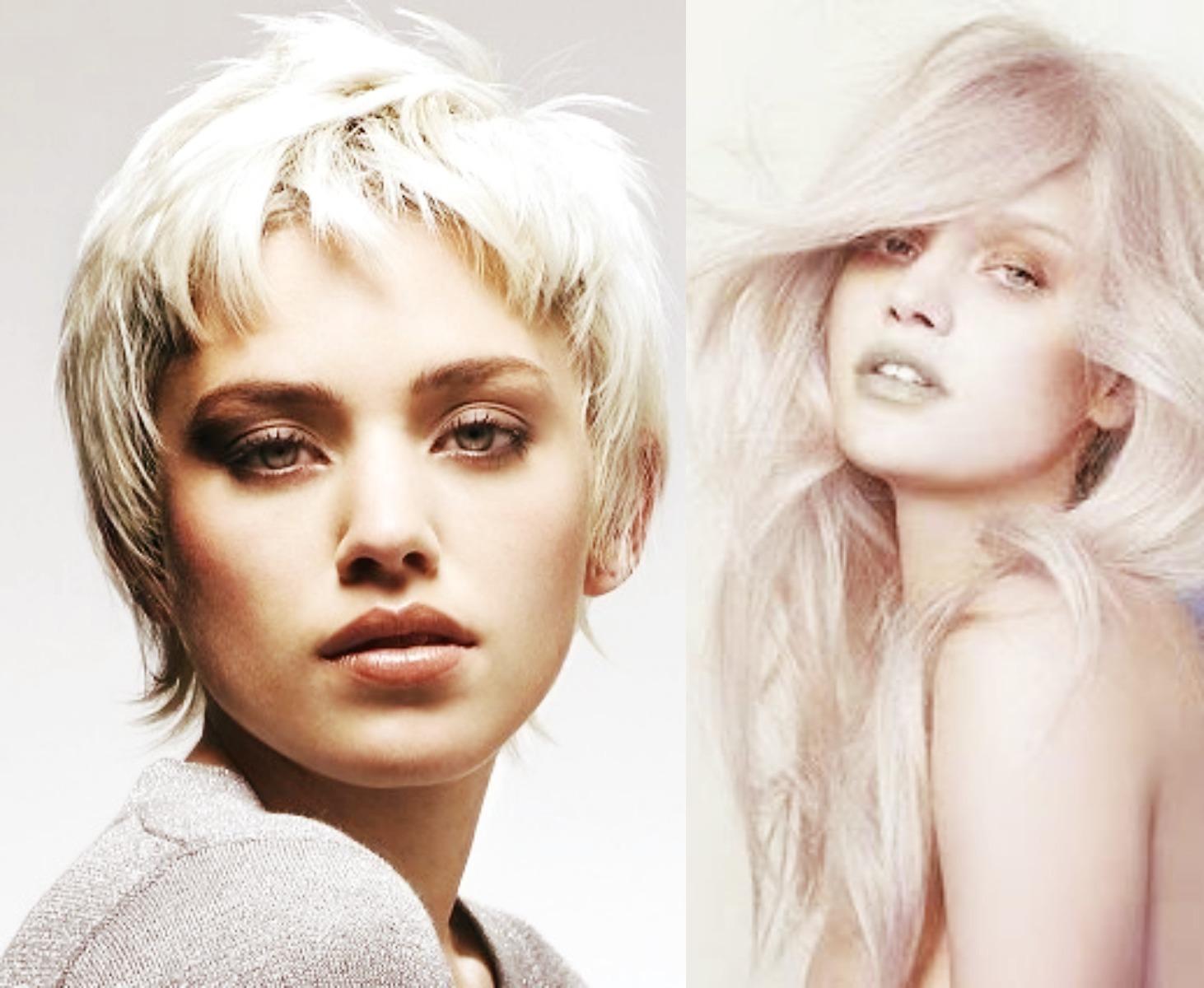 Today we will be delving into some light science to talk about ways to support...