Brette Howard is this……Part goddess, part dude. Part mom, part daughter. Part rocker, part dreamer. Part Yes, part Kate Bush. Part PMA, part Partymom. Part Whatever Dude, part chipped beef on toast. Part Montana, part Seattle, part San Fransisco. Part friend part sister. Part yin part yang. So many parts. Throw all parts on a cutting board and chop em up with a hemmer Knife. Put chopped parts in a cast iron pan under the broiler for 10. Open the oven and inside you will find a spirit made of fierce Saggitarian wildfire riding on the back of a wild ass pony. Step back and let it out.

This is my Brette metaphor. She has earned the term Partymom, as well as Be The Fair mother because she came up with the term, and she is building the empire. I, her friend of many years, am watching and cheering, endlessly inspired and amazed.

For this hairstyle, I parted her hair down the center and did an edgy dutch braid down each side, leaving a long-ish tail and then securing the ends with clear elastics and tucking a flower in one of the elastics. I tried to make the braids very close together. That is why this double braid looks cool and different;)

Then, I deconstructed the heck out of those braids using this technique.

Hey babes. To all who celebrate the season, merry everything! Here is a pretty braided...

Hello! Today, we take a quick minute to share another styling trick from our Tank... 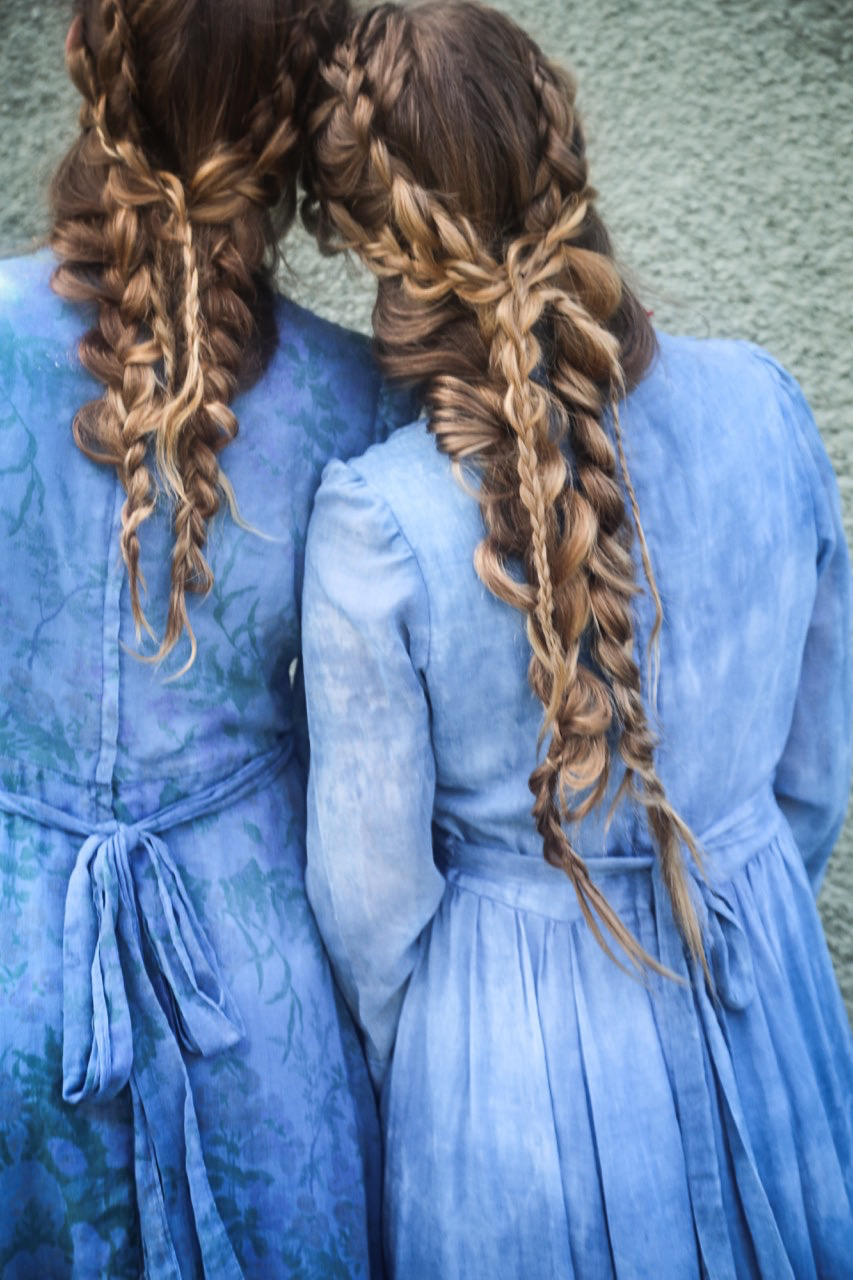 The quest for the perfect braid is about embracing imperfection. This is rule number one....