Hi babes. Welcome to the 3rd installation of the HTHG Fierce Braids
Series. This hairstyle is a modern and fierce take on a classic french braid, but with a herringbone/fishtail technique.

I called it the Blood Eagle Braid because it resembles a rib-cage, and that makes me think of a particularly gruesome episode of Vikings that made me almost have to stop watching the show forever.

So, channeling our inner imaginary Fierce Norse Warrioress, let’s break down the Blood Eagle Braid. This one works best on long hair, but can definitely be done on medium length hair. Some texture spray will help you control the braid, and as always with herringbone braids, the smaller sections you use for your overlaps, the cooler it will look in the end (and the longer it will take to do!)

When your fishtail braid is a few inches long, add in hair to either side of the braid, as you would with a french braid. Maintain your 2 braid sections, now made bigger by the addition of hair from either side. Begin fishtail braiding again with your bigger sections.

After the second segment of your braid gets to be a few inches long, add more hair to each side again, and then continue fishtail braiding with your now-even-larger sections.

Continue your fishtail braid for a few inches, then add more hair to either side. Continue with this pattern until you have added all the hair in, and you reach the nape of the neck. Then continue fishtail braiding halfway down the ponytail.

Gather the ends into a small elastic, and then take a small piece of hair and wrap it around the elastic to hide it. Pull the end through the elastic, behind the braid.

Do you feel like a queen? I certainly hope so.

BTW, herringbone=fishtail. Also, I almost called this braid the Herring-Boner because it looks so cool, it gives me a non-sexual female braid-boner. 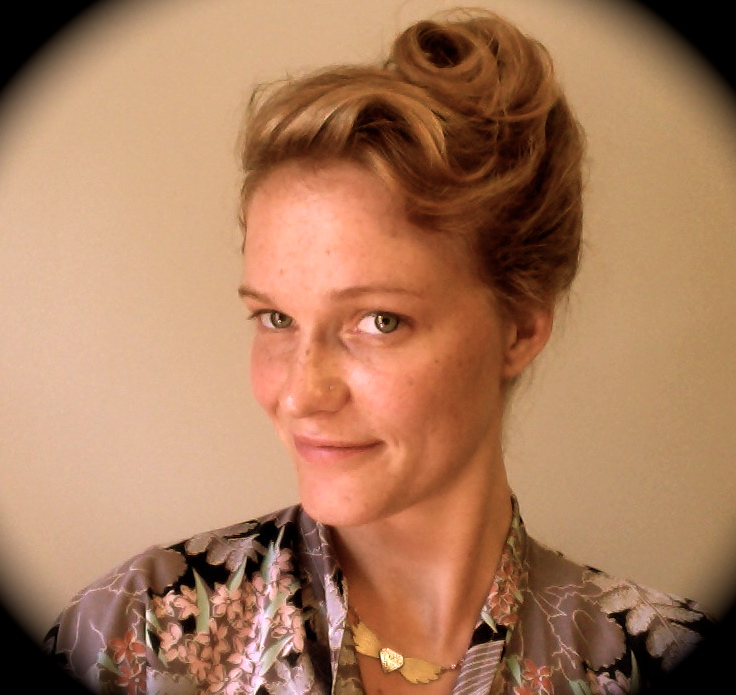 This Sassy side-pomp is uber-fashionable right now, from the glossy pages of Vogue, to runways...

How to get massive texture in fine hair with Masterbraider

Hey babes. Meet Alix and her hair. She was one of my original ShamPHree testers...

Bamboo Braid. Why not?

Hi babes! In the height of my flower frenzy last month, I become obsessed with...