Reflections on Shaving my Head

I would like to thank Rachael Nilsson of Tree Trunk Wise Yoga for her bravery and creativity in the process of creating this fundraiser. It was an honor to help facilitate, and we sure hope to keep the hat passing around to continue raising money to protect our sacred wild lands through your donations to the NRDC. Please donate here!

REFLECTIONS ON SHAVING MY HEAD 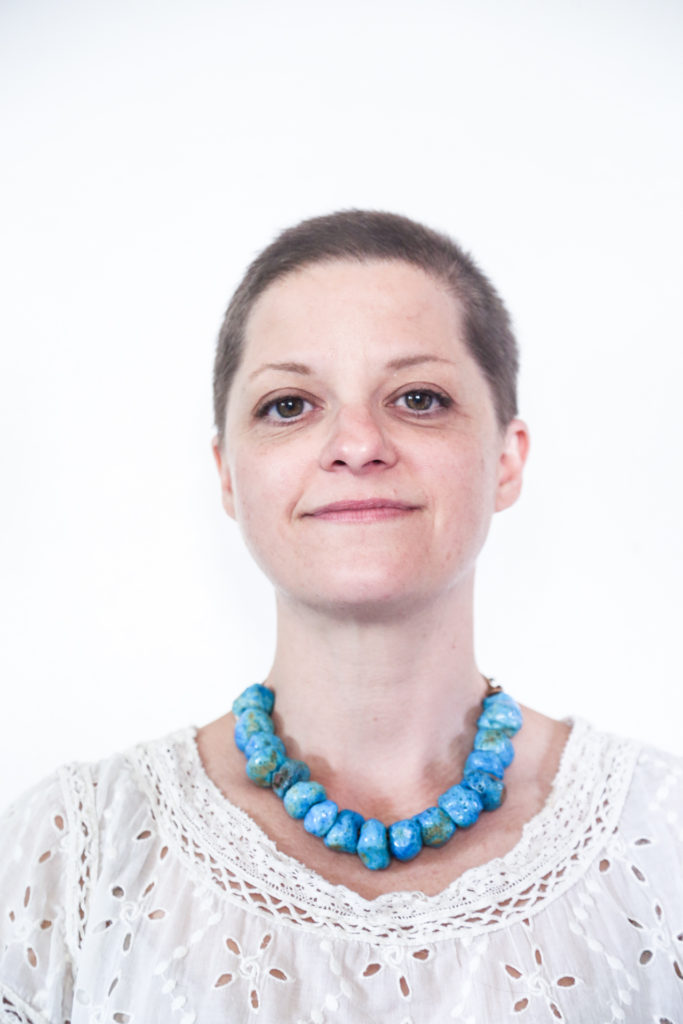 It came to me in a dream, the idea to shave off my hair.

Shortly after the idea had implanted itself into my consciousness this way, a friend put out a call for women seeking to shave their heads to release something. She wanted to offer them a space for a healing ritual head-shaving, followed by her painting prayers and colors into the newly shaved heads.

It took me a while to contact her. I wanted to make sure I wasn’t having some kind of a mid-life “crisis”. I also wanted to do some good with the momentous occasion. After all, it’s not every day I shave my head– perhaps I could extend the reach of the positive results beyond my own healing ceremony.

So, I decided to raise funds for the Natural Resources Defense Council (NRDC). I asked for twice as much as I thought I could raise. I raised almost twice that in only a few days. Turns out, shaving your head for a cause gets people fired up.

Before the ceremony, I reflected: What was it I wanted to let go of in my personal life? What was I asking to be reborn as through this head-shaving?

I realized that the biggest meaning in my making this public and tying it to a fundraising campaign was this:

I finally wanted to step into the light and be public about my passion for activism.

As a female– in particular, someone raised in the South– I grew up learning that I could care about things, but that being perceived as too opinionated and outspoken made me seem intimidating, and being honest about my views often made me feel judged.

Even within my own family– arguably, a supportive one, and without too much hyperbole in their adherence to gender roles– I found myself becoming afraid to speak up about things I was learning, things I found really disturbing in the world and our country.

The more I learned, the more I realized that learning can be very uncomfortable. And as someone who studies the mindful exploration of that discomfort, I’ve come to know one thing for sure:

Most people are not comfortable with being uncomfortable.

So, I made assumptions about the people around me– that they did not want to be made uncomfortable by someone who was in their own process of learning and personal growth. I made assumptions that people’s opinions of me might change if they knew that I felt strongly about social issues. I made assumptions about myself– that I wouldn’t be able to handle those conversations within my own family or– on the opposite, much larger end of the scale– if I decided to start writing publicly about my beliefs (outspoken women online are very often victims of extremely violent verbal abuse and reactivity, mostly from white, straight males).

With the exception of that last part, my assumptions were not really based in truth as much as they were formed by a social construct I’d been working within since my birth into the female gender.

Granted, I’d been opinionated (even angry) and political as a teenager– perhaps that was the closest I’ve come to showing that part of myself– but people expect teenagers to experiment with personalities and to exaggerate emotional responses. They also expect them to grow out of it at some point.

At that same time, I was also learning to be funny and charming on cue, and to call upon my feminine softness at will to smooth over situations in order to keep the peace or to keep face or to stay safe. It’s a skill that’s valued in women in our culture more highly than intelligence or leadership.

By shaving my head for a cause, I was going to confront that idea head-on.

A friend shared a story with me about mundan, a ritual head-shaving ceremony in India, in which (first babies, and later adults) shave their heads to rid themselves of past karmas. The hair is then thrown into the Ganges river as an act of release and purification.

As I ran the clippers over my scalp, I practiced presence and breath. I was with myself in that moment, not needing to speak or to think, but only knowing: Everything is Yoga.

I collected the long strands of hair that fell around me and imagined that they had been all of the worries growing out of my head, manifesting into a physical form– old karmas and beliefs ready to be let go. I would make an offering of them to the earth and water in another ceremony. 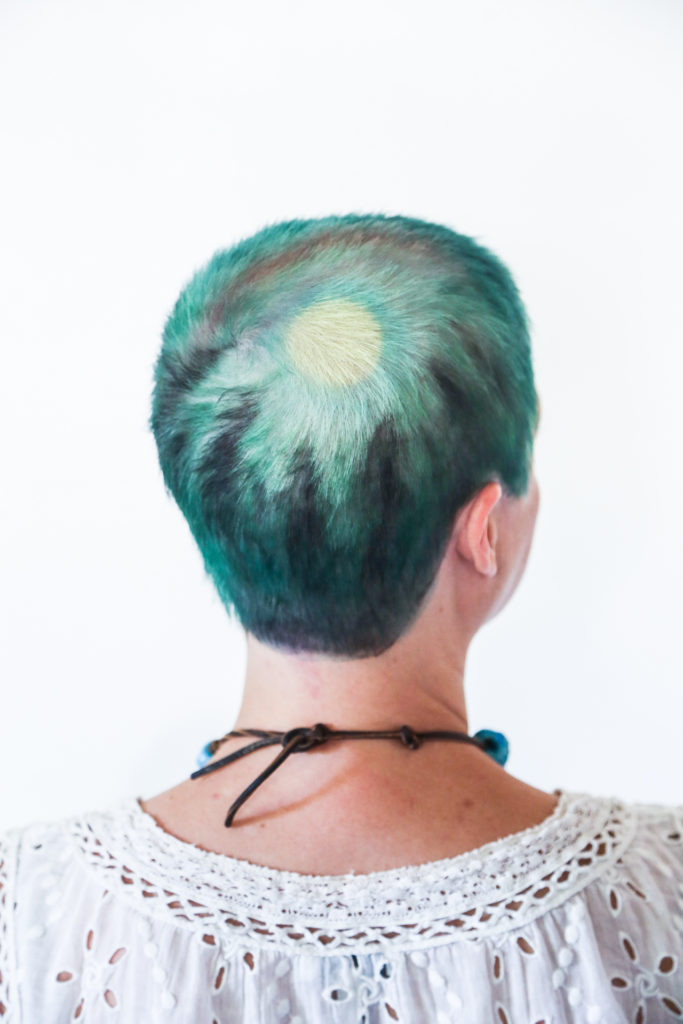 By far, the hardest part about this new look for me has been having my newly fuzzy head painted blue– somewhat surprising, since I had been wearing green at the ends of my long hair for much of the previous year.

It’s made me confront my vanity in a new way. It’s made me realize that, even with a shaved head, I had assumed I could pass for a relatively “normal”– i.e. quiet, unobtrusive, and relatable– person when in the presence of others.

But having a shaved head that is also painted blue (and with art on top of that– I mean, I don’t even feel comfortable wearing t-shirts with slogans), has made me see the depth of my self-consciousness, especially where wearing my beliefs on my sleeve– or head– are concerned.

Plus, removing your hair puts all of your perceived imperfections in a new light– wrinkles, sun spots, and crooked noses and mouths all come into full view given the new space to blossom.

As women, we can spend a lifetime trying to get to a place where we are finally comfortable with our appearance. But how much of that is the habitual building of comfort? –Comfort in wearing a certain type of clothing, comfort in styling our hair a certain way, comfort in never leaving the house without x, y, or z on our faces…

We can build our whole lives in such a way as to keep the most vulnerable parts of ourselves protected, fearing that their exposure might leave us so exposed that we could shrivel up on the spot and cease to exist. We may deny that these parts of ourselves even exist, because to acknowledge them would be to call out their hiding place, to shine a light on them, and to look them straight in the eye. 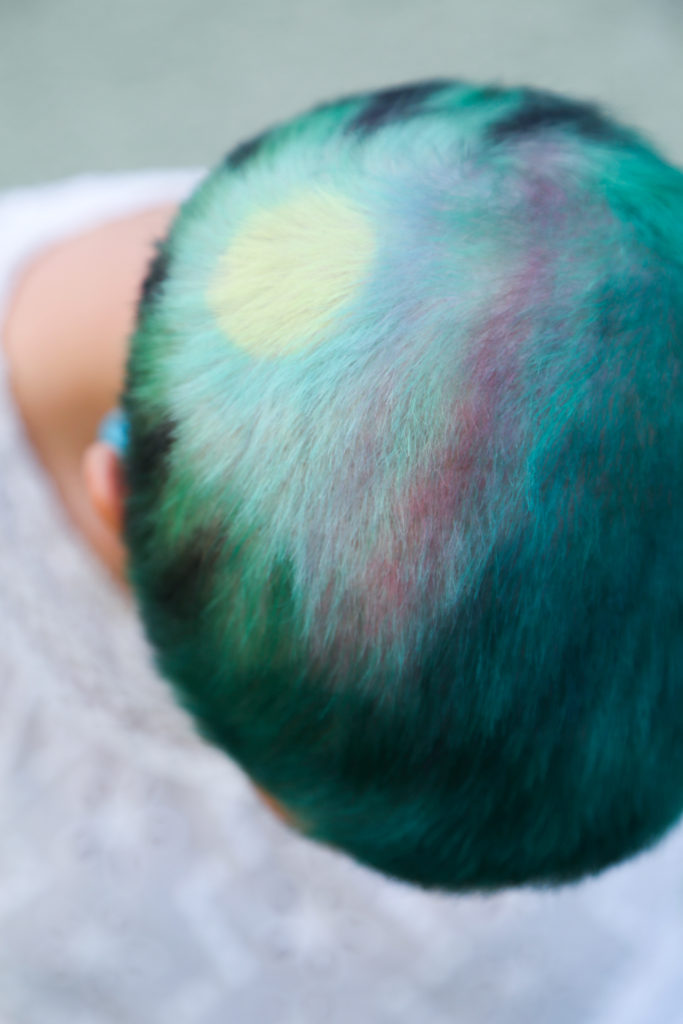 Fortunately, I’ve been able to draw on my yoga and mindfulness practices to observe these reactions in myself while realizing that they are much more fleeting and less overwhelming than they might have been at another time in my life.

I understand that this is a necessary gift– the gift of testing a part of myself that’s been allowed to stay comfortable.

My hair will not be blue forever, and, of course, it will grow back. This is a only temporary change in physical appearance, but a good reminder that the reality is that we change every day.

We are all constantly changing, aging, and evolving. And to do so with pieces of ourselves hidden away, or with fear rather than admiration of what our aging appearance and our personal evolutions might say about us, is to deny ourselves a graceful way of being, the artfulness of inhabiting ourselves, and the chance to reflect back to others that authenticity is the only true beauty– and a very powerful one at that. 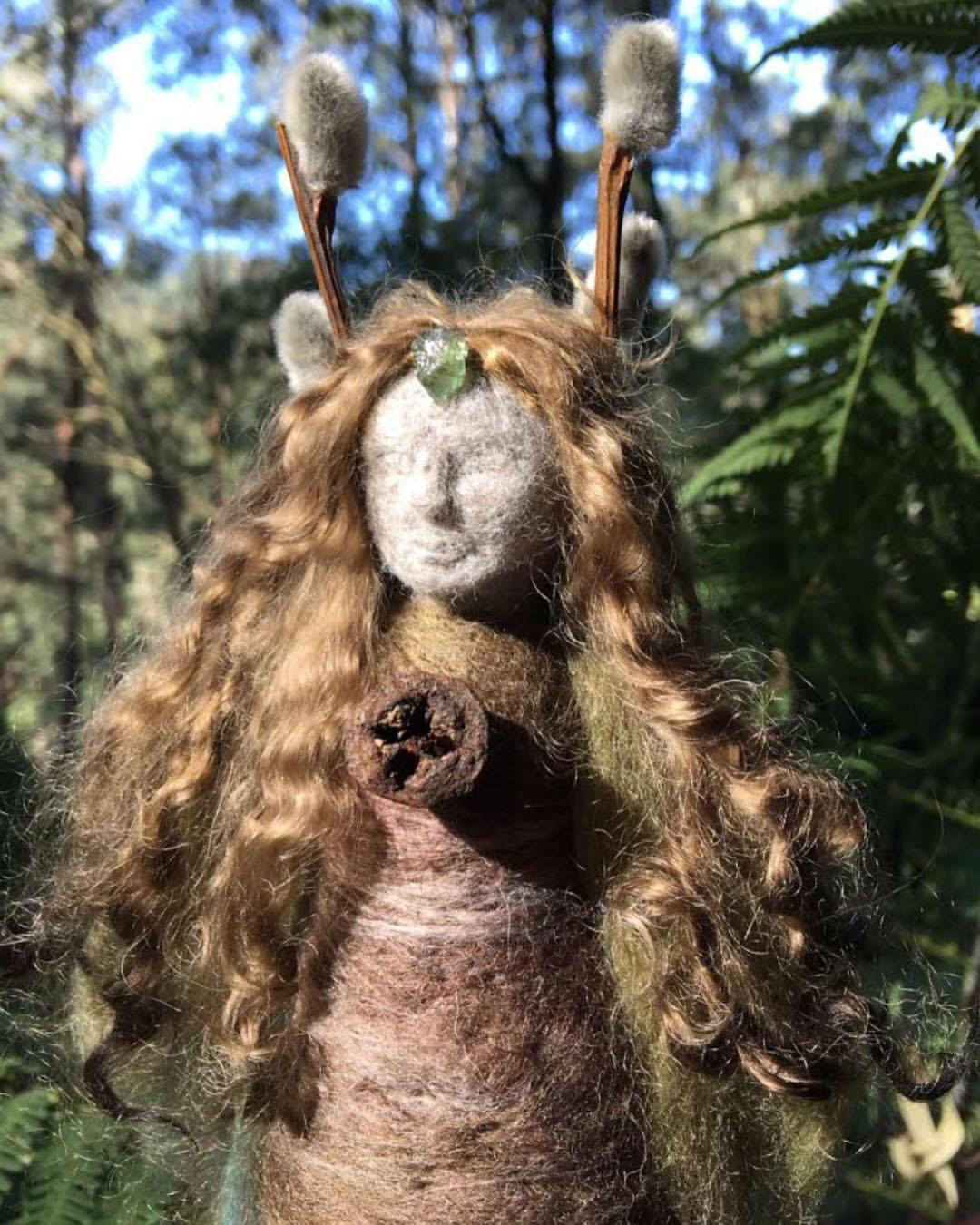 Hair and Healing the Spirit with Julia Inglis

The more I learn about hair and culture and ancestry, the more interested I find... 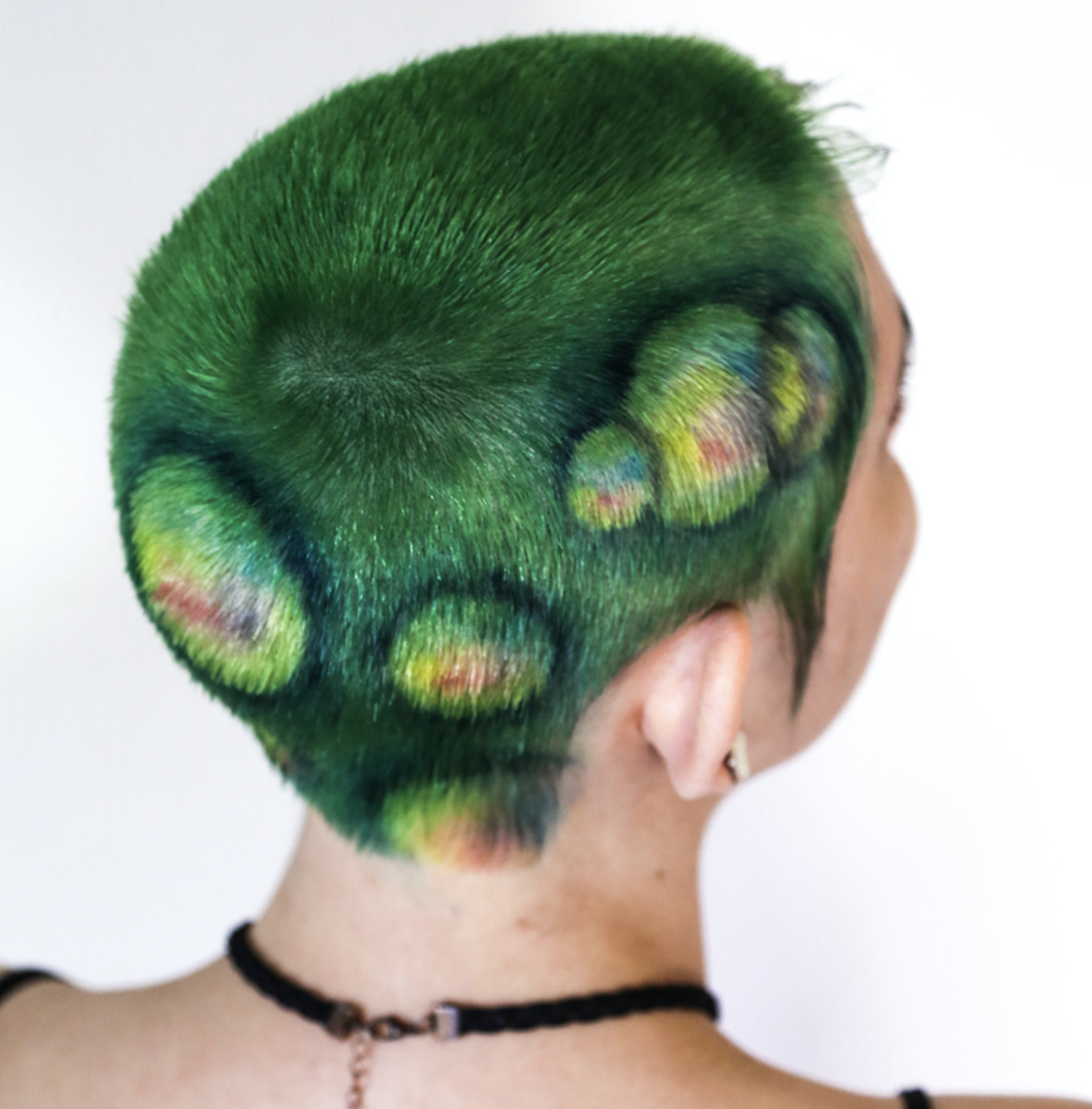 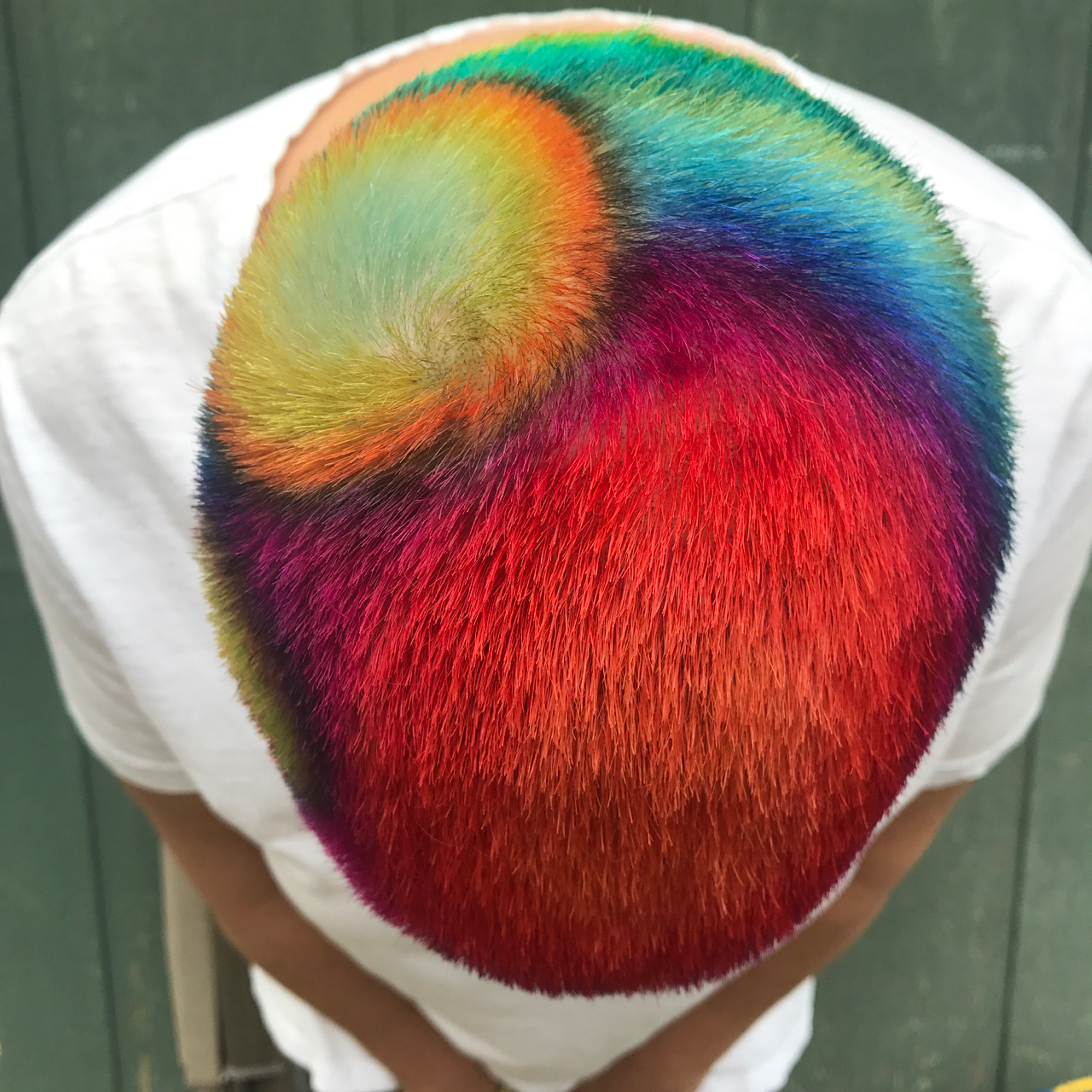 Welcome to the first edition of this beautiful saga of hair transformation! This series will...