Queen of the Aztecs braided hairstyle. 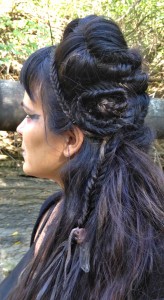 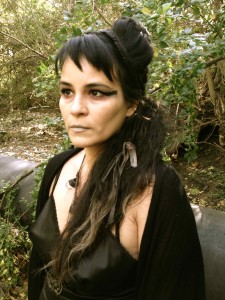 This hairstyle that I did a couple weeks back was just too cool to not share. It was a twisty mess of 5 fishtail braids (3 french ones, 2 regular ones)  a bunch of bobby pins, a hair rat, and lot’s o texture spray. It reminded me of an Aztec queen. I wish I would have gotten a couple more good photos of the hairstyle itself, but alas.

This hairstyle looks pretty complicated, but if you know how to braid and use bobby pins and feel comfortable with free form design, I think you should dive right in and try it. Please put your own spin on it!

*you could also use regular braids, FYI.

Here is the Queen of the Aztecs hairstyle how-to…..

After coloring her ends silver, I sprayed her damp hair with hair resort by KM. I diffused it into beachy-witch waves.

Then, I sectioned the front into two, and made 2 french fishtail braids, all the way to the ends of the hair and secured them with elastics. 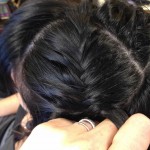 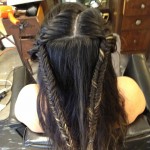 Then, I stuffed the hair rat into the base of one of the braids to poof it up a bit. 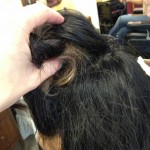 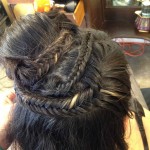 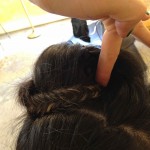 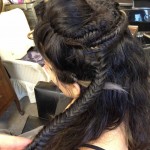 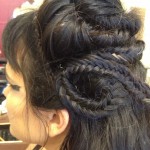 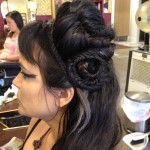 Then I made another braid with a large chunk of hair under the hair rat and secured the end with an elastic. I pinned it into a spiral shape and tucked the end in. 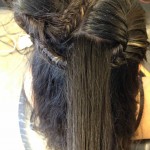 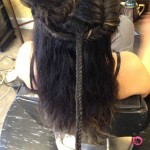 Then I made a small braid coming down the back on the other side. I secured the end, then I wrapped that braid around the front of the hair rat on the opposite side. 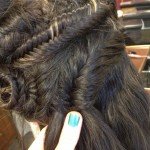 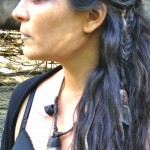 Then I made one more french fishtail braid across the back, and braided it it halfway down to the ends of the hair. I secured it with an elastic so that the tail was about 5 inches long.

Then I teased all the hanging hair on the hair rat side, and sprayed it with KM session spray.

Then, I tied bits of leather and crystals into the end of the hanging braid to add a little earthy goddess flavor, because I’m nerdy like that. But that’s why you love HTHG, right?

Hi babes. Welcome to the 3rd installation of the HTHG Fierce Braids Series. This hairstyle...

Hey babes. How are you all doing? I am good, just sippin' green tea when...

There are times in life when it is necessary to call upon the power of...