Braids and Ivy crown at the Gumwall

Hey babes. Here is hairstyle #3 from the Urban Foraging for Winter Hairstyles feature series. It is basically 2 french braids that turn into fishtail braids, overlapped and pinned in the back and finished with a crown of Ivy. This is the hairstyle to get you in the festive spirit.

This shoot was fun because I got to hang out at the Pike Place Market on a gorgeous clear day with Nikki Jacoby, my sister wife who is also my favorite jewelry designer in the world. We shot this tutorial at the gum wall, which is a wall in an alley that is covered with chewed up gum. It smells like my childhood and looks like a psyhcadelic vortex.

For this look, you will want to forage a couple long strands of Ivy. They should be about 2 feet long each. Take one of them and wind it once around your head, then wind the end around the beginning so that it becomes a complete secure loop. Use your other 2 strands of Ivy to wind around the first one, until you have a crown. Tuck the ends into the wound stalk to secure them.

For the hairstyle, begin with a texture spray like Masterbraider to add some grip to your braids. It will help them stick, and keep them in place once they are in.

Now part your hair down the middle. Begin a french braid down one side of the head.

Once you reach the base of the neck and have all the free hair braided in, gather all 2 braid sections into a ponytail and split it in half, so you have 2 sections instead of 3. Start a fishtail braid down the free ends of your french braid. Secure the end with a clear elastic, and pull the fishtail braid apart a bit to deconstruct it and give it some more texture.

Repeat all of this on the other side.

Now take a braid, and pull it across the back of the head, keeping it low so that it follows the curve of the head around the hairline. Tuck the end of it into the french braid on the other side, and pin it discreetly into the braid so as to hide the end and the pin. Add more pins discreetly to the wrapped braid, securing it into the head.

Take the second braid and pull it down and around the first one, overlapping it and tucking the ends into the braid on the other side. Pin this braid in securely as well.

Now pull at your lady parts to soften the look, and put on your Ivy crown. Rock this do’ to your company party, and drink a little bit ( or a lot) too much wine. 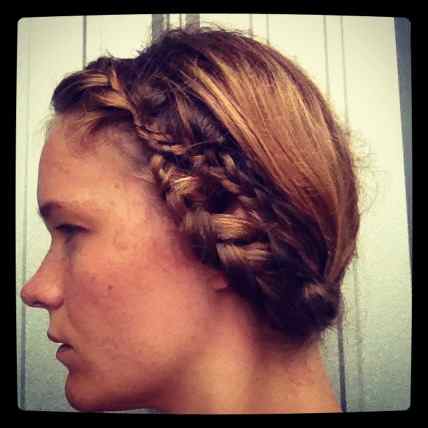 DIY hair friday……A braid for ladies who like a little somethin on the side;)

It's a side braid kind of day. Today is gray and drizzle here in the... 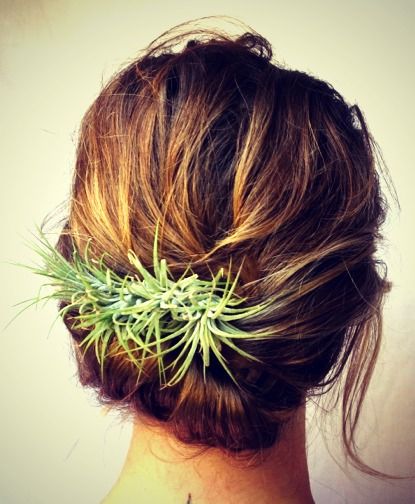 Soon after my move to Seattle, I was feeling poor (as in broke) and lonely... 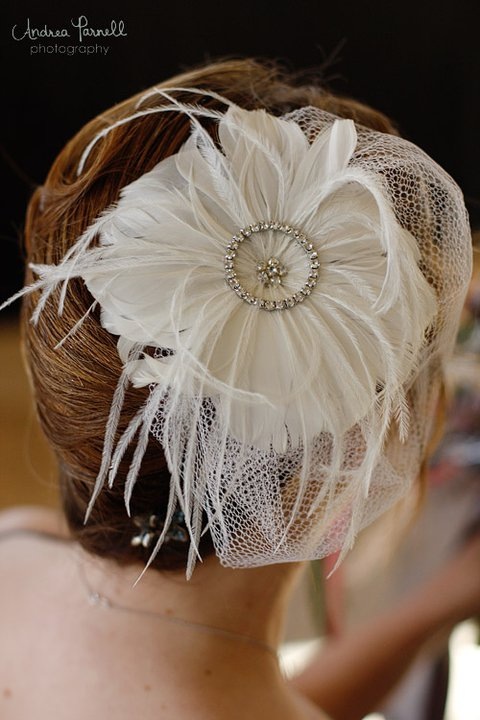