The Beauty of Frizz, Words with Alexis Robinson

Babes, meet Alexis. She is an extraordinary Seattle hairstylist, co-owner of a lovely little salon called Coven. I had the pleasure of working with Alexis for a couple of years on and off at Vain, and she has wowed me from the very beginning.

This woman creates absolutely beautiful hair styles. Her bobs made me weep, and her soft and perfect honey-glazed balayage’s made me sweat with hair envy.

She was incredible to watch work, because she seemingly triple-booked clients while doing impossibly great hair…..All while keeping it mentally together enough to be both very professional and perfectly her magnetic and lovely self. And any hairstylist knows that pulling all this off at one time is nothing short of a miracle.

Alexis, If you are reading this, I want you to know that I salute you as a woman and a hairstylist. And I also know that it is not easy. And pulling it off like you do makes for some mini-mental explosions followed by 2 minute power naps in the back room. To say the least. You are a badass.

I asked Alexis a bit about her hair the other day, wanting to get a bit of her story. She talks on her natural hair, fighting the good hair fight, and loving her frizz. Here she is!

I decided years ago that fighting frizz was a losing battle. Mostly because, I kept losing that battle. Part of embracing my natural hair texture wasn’t radical. It was just easier.

I tried for years to relax, flat iron, and wrap my hair and I just realized it never looked the way I wanted it to. It was never going to be silky smooth or free flowing.

It looked and felt a bit like a Brillo pad, and it never had that movement that I saw on television or movies. And the time it took to create a truly covetable hairstyle on my own head took HOURS. Let’s be real. I would rather sleep in! ( I’m a little lazy.)

My hair should be allowed to get wet! I was just never ‘that kind of girl.’ People told me I was ‘brave’ (which is silly) for cutting all my hair off and just starting from scratch. But it just made more sense to me.

I found more confidence and beauty in my own giant natural hair, and things got easier. I now encourage my frizz! Sometimes I make it fuzzier, and that is when I feel the most beautiful! I won’t be tamed, and neither will my mane!

If you are in the market for a new hairstylist, and want to be wowed and immediately sold for life, look up Alexis Robinson at Coven. If she is even taking new clients. And just an FYI…..Jenny, Emily, and Drew at Coven are equally as wonderful as Alexis. So good luck choosing!

I am always up for a personal challenge. I wasn't sure how this was gonna... 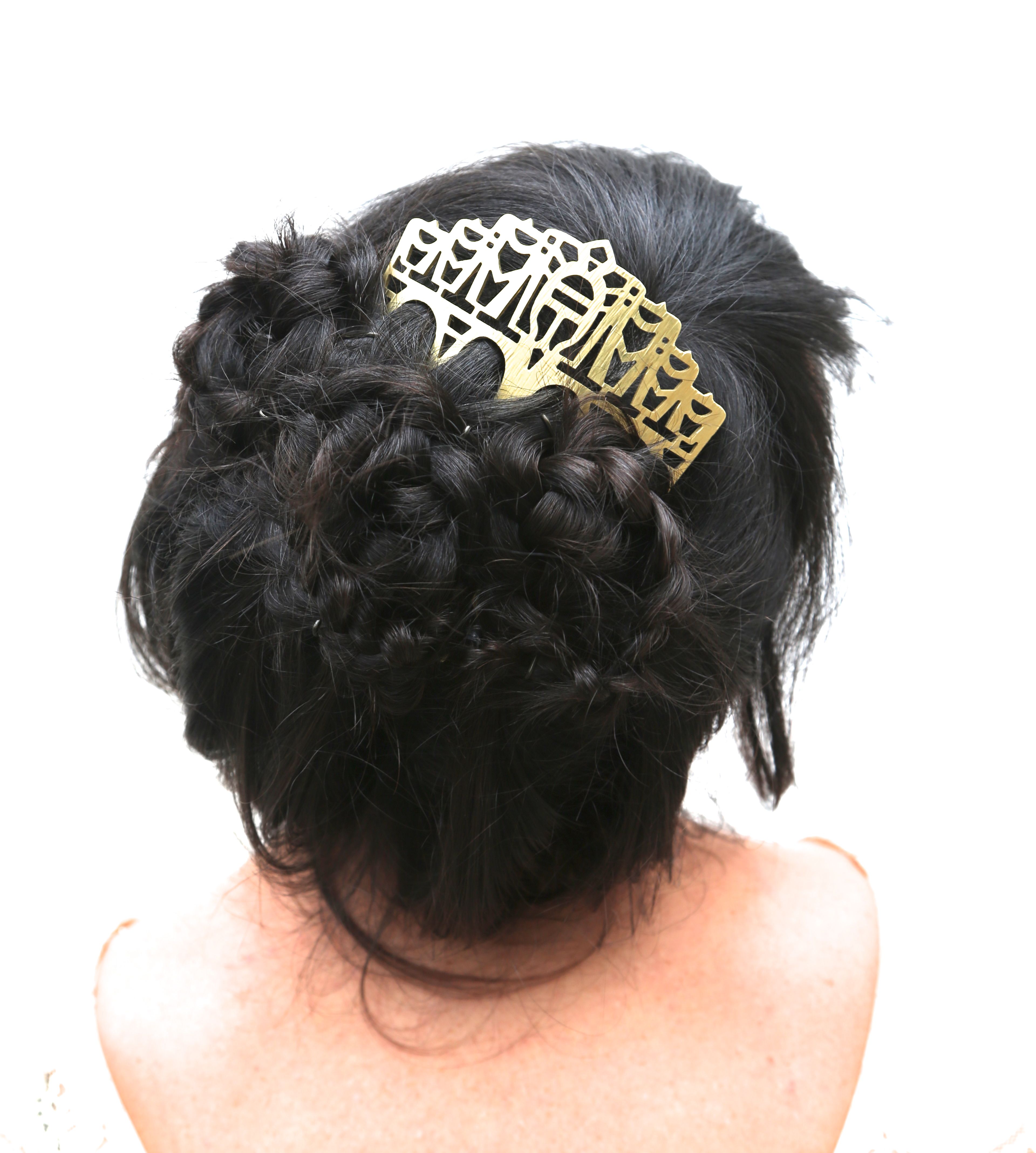 I don't know about you, but I can't get enough of these hair combs. They...

When I first started HTHG, I was kindly welcomed into an online community of hairdressers...