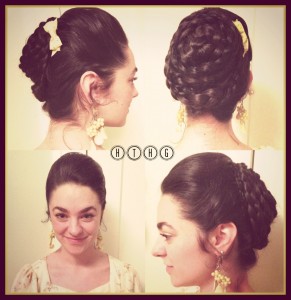 I want to begin this story by telling you why I care so much about the topic of the Roma race, otherwise known as the Gypsies. When I was a young kid my parents moved my sister and brother and I to a fava bean farm on the coast in Portugal. The Small town Portuguese people spoke a very strange sounding language, they were very strict catholics, and had old fashoined views on child raising. My first memories were as a 3 1/2 year old, and how it felt to not be able to communicate with anyone, being “shushed” everywhere I went, and having my clothes all buttoned up, tucked in, clean and ironed.

Just outside the property line of the farm we lived on was a big field that was used illegally as a camp by a caravan of Gypsies. The lady that owned our land and farm hated them and made no secret of it. She and her friends accused the gypsies of stealing their garlic and said terrible things about them. They would say things like “Don’t ever play with those children! they are filthy and they will steal from you!”

Being a young child, I couldn’t wrap my mind around the concept of cultural misunderstanding and racial and class intolerance. All I could think was that Gypsies had seemingly nothing but each other, their families, and their caravans and they seemed a hell of a lot happier and more interesting than the people that persecuted them.

I used to stay awake at night at my upstairs window in my night gown and watch the flickering fires at the Gypsy camp. They would dance and play music all night long, and I would go to sleep to the sound of their laughter. I wanted more than anything to run away from my own family and be adopted into a Gypsy family. I felt like they were my people. But alas, to this day I am still a Gadjo. (non-gypsy)

History on the Gypsies

Roma (Gypsy) are a race of people who originated in northern India and migrated to Europe 1000 years ago.

They called themselves Roma, but Europeans called them Gypsies, thinking that they had come from Egypt. The Roma have experienced way more than their share of persecution throughout history. Because they are a wandering people without a homeland, they have resisted assimilation, and therefore have been historically thought of as a threat.

The Roma brought with them to Europe exotic cultural practices and beliefs. Their colorful clothing and incredible music and dance ( Flamenco originated with the Roma) and superstitious beliefs set them apart from the people around them. They lived and traveled in caravans and camps all over Europe, north Africa, India, Russia and the Balkans. Everywhere they went, they were met with resistance, distrust, and lack of civil rights.

Many Roma fled and ended up in the US, hoping to find a better life for their families. Many American Roma are ashamed of their race and the stereotypes that are directed towards them, and hide their roots.

Why am I telling you this? Because I think that they are a beautiful and compelling race and culture, and one of my best friends is a Roma “Gypsy.” There is a lot that people misconceive about “Gypsies” and I often see and hear non-Roma people referring to themselves as being a “Gypsy.” That is like calling yourself a derogatory slang term for any other race. 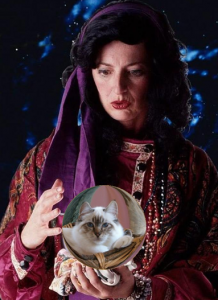 Gypsies have been romanticized in America as free spirited wandering hippie types with crystal balls. But they are a race of people. And they invented lollipops and clothes pins.

I thought this was a blog about hair….

It is. But I love history, culture, dispelling myths, and how hair relates people together. 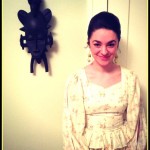 Moving right along, This is my dear friend Holley. Holley is proud of her Roma roots, and appreciates the old traditions of her culture. One such tradition is one that mostly died out after WW11 when Gypsies were rounded up with Jews and gays in the Holocaust. It is the tradition of not cutting your hair. She will grow her hair until the event of a major change….Death, divorce, etc. Stuck in hair, stuck in life.

Her hair is as long and thick as a horses tail. It is insanely beautiful. 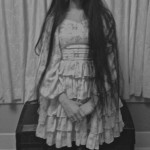 She asked me to do her hair for a night out dancing last weekend and of course I obliged. Like a freakin kid in a candy shop.

She brought over some big bobby pins and some bumpits. I had never used a bumpit. Have you??

They are totally weird, but they work to make a big bouffant-ish bump. I prefer a hair rat, personally.

Anyhow, I put in the Bumpit to give her volume on the top of her head. I put the rest of her hair in a tight high ponytail, and then divided the pony into 3 sections. I braided each section (Literally 4 foot long braids.) Then one by one, I coiled the braids around the ponytail, using an entire pack of bobby pins to pin it into place.  Here is what it looked like. 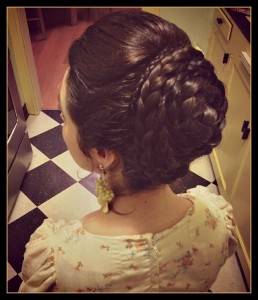 It was a braided serpent bun. So pretty. I almost cried because I was in hair heaven.

Then, her cousin Andi let me do her hair too! her hair was really long, but not as long as Holley’s. I made her hair look like something like Alf, or maybe a butterfly emerging. Or maybe a human heart. 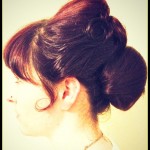 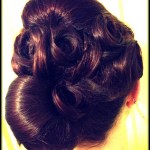 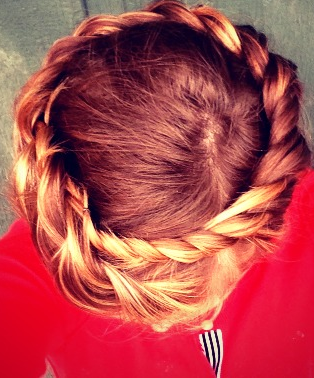 I posted this hairstyle on my Instagram the other day and you guys loved it,... 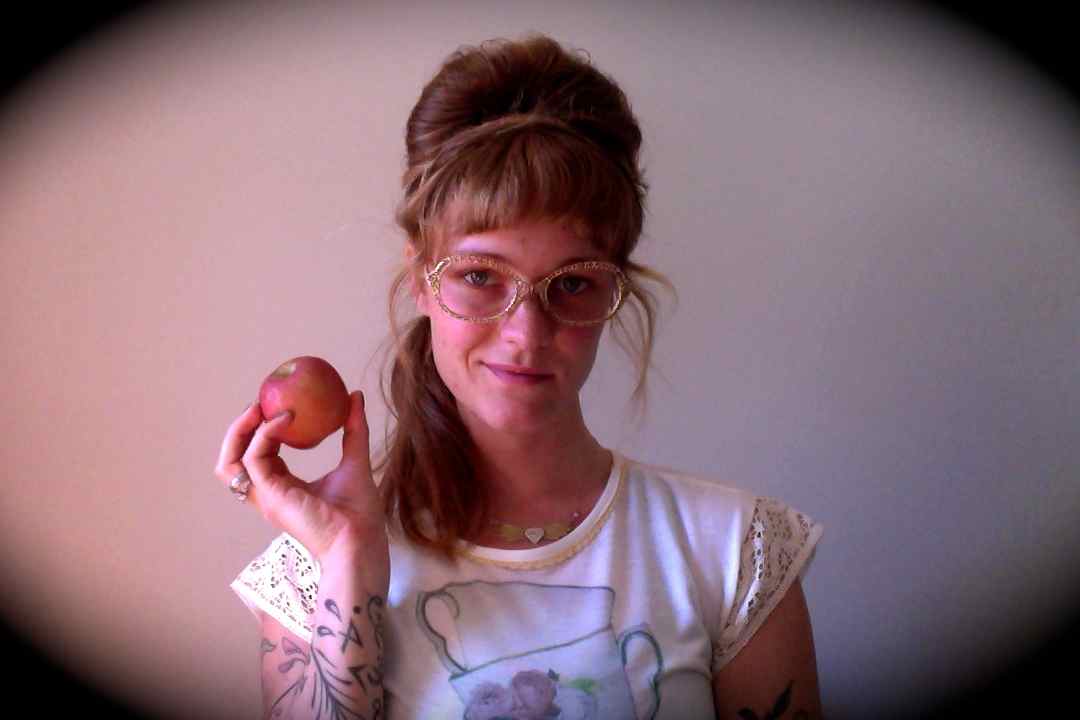 Hello Loretta! I'm obsessed with Loretta Lynn and I have been since I first heard... 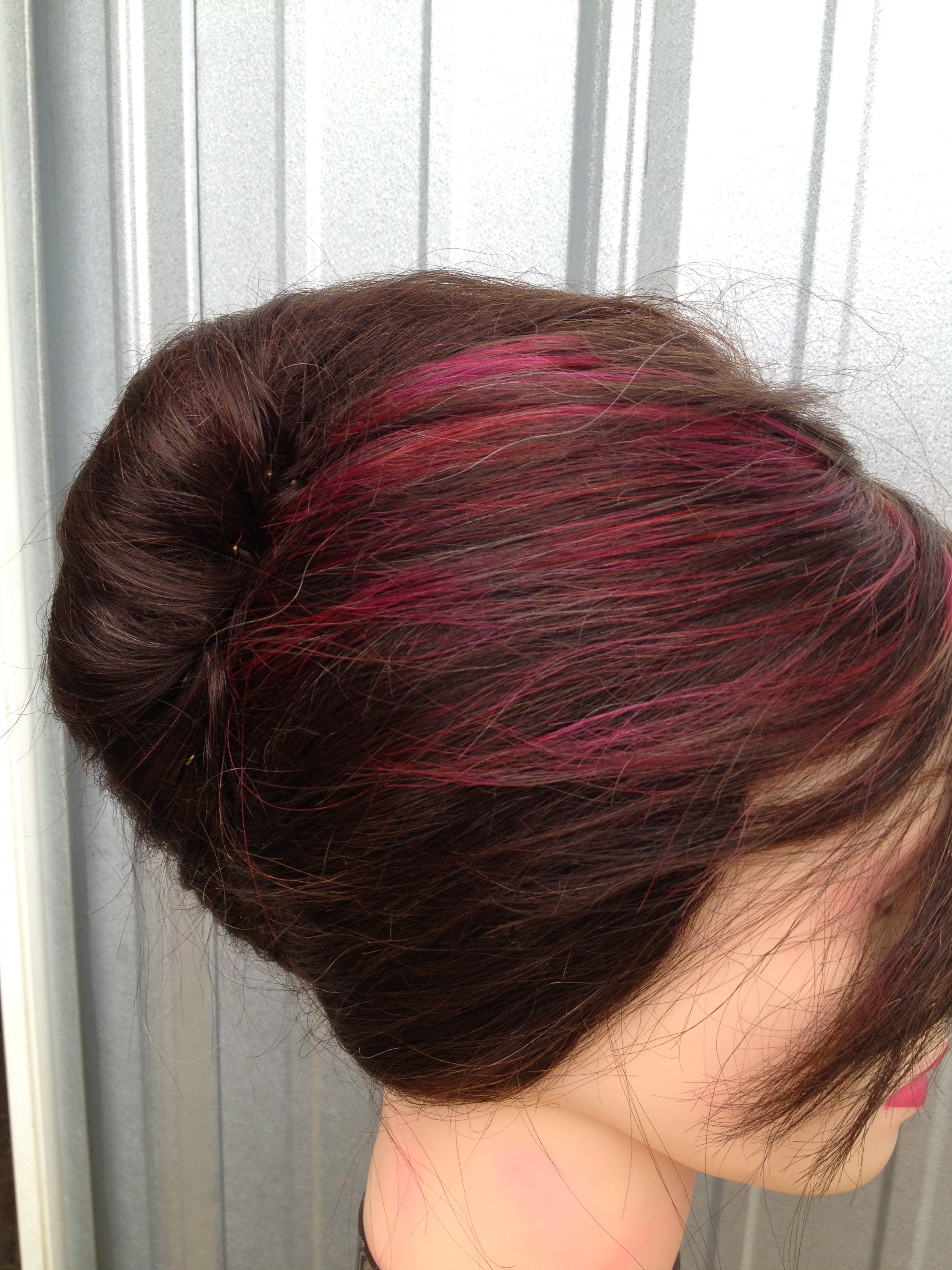 This is a beautiful take on a classic look. I like to make it big...