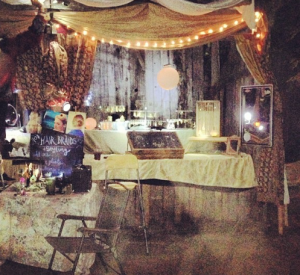 This year was a fun hair year at the Oregon Country Fair. For the first time, I made my fair hair-do-ing semi-official by bringing the fixins for a little night booth outdoor salon, lit by DIY lanterns made of small LED lights and tillandsia in mason jars, hanging from trees. I brought styling supplies, hair chalk, feathers, and other random tidbits.

It was all very boho. Naturally, I was set up next to Nikki Jacoby, who dazzles everyone who walks by with her jewelry designs. On the other side of me was Sarah with 10th and Olive And T selling Lucky Vintage goods.

Here is what I learned……doing hair without proper lighting is not fun nor productive.

So, I let the night time thing fizzle out and just did hair by request only behind the booth during the day. And when I wasn’t doing that, I was either stuffing my face with food, playing with my hair, or walking around taking pictures of peoples interesting hairdos. 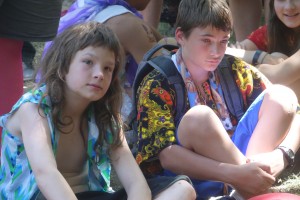 NOW. Before I launch into my thoughts on the hairstyles of the Oregon Country Fair 2013, I want to throw this out there. This photo didn’t make it into my photo collage. But I had to share it. This boy looks faraway and lost, and I know why. Because his mom DIY-ed his haircut and now he has Almost a mullet but mostly more like boy bangs. Next time around, I hope that they find HTHG and purchase a video for only 6 dollars that will leave him with a more suitable DIY haircut so that he can claim his power back for life. Friends, let’s keep each other in good hair. Please share HTHG and make the world a better tressed place, at the very least. 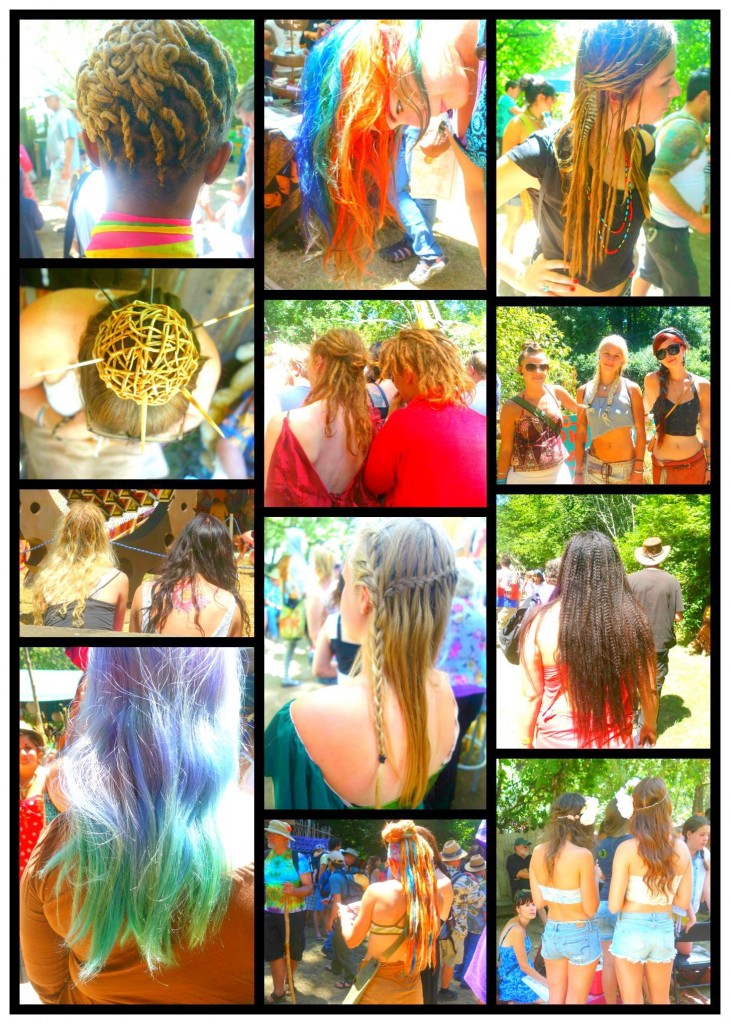 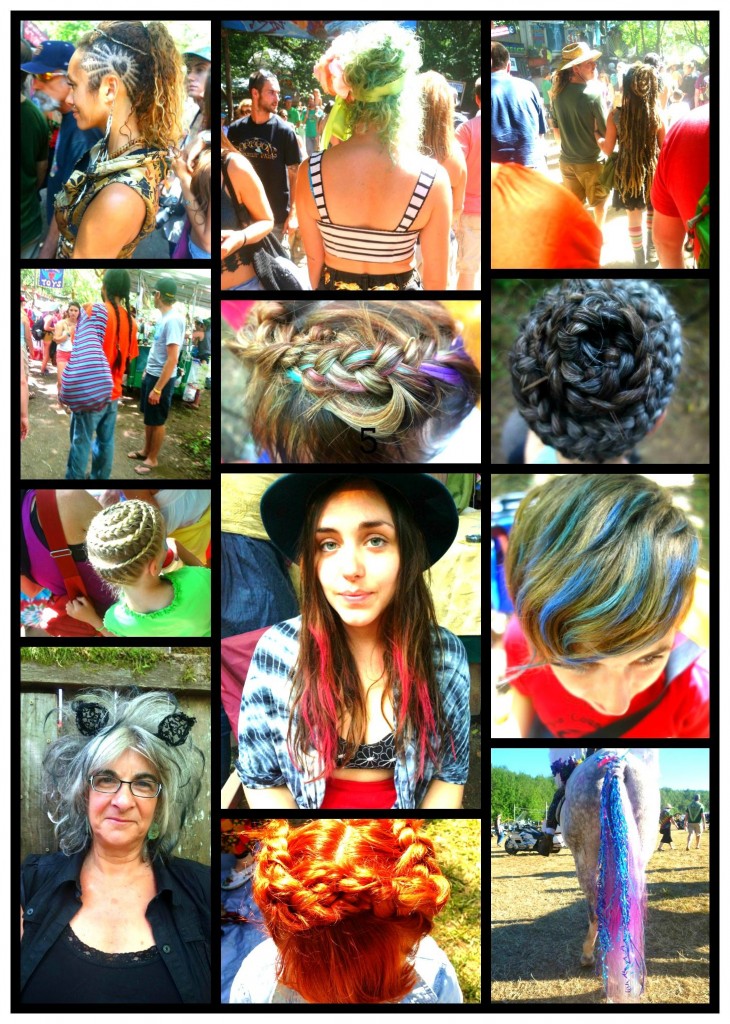 This is what I saw on heads at the OCF.

That was a mouthful.

Stay tuned for many upcoming fair hair tutorials to inspire and set you apart from the masses of bored braids.

Here are the flower-hair best of's from the country fair this year. I especially love...

Hello Dears. Last week, I had the pleasure of attending a sacred gathering of women...

Hi guys! I got a great email a couple months back from another OCF fair...